Day two at the foot of Triglav started early, the morning alarm of jackhammers filling the valley at 6am along with light rain. I joined some of the builders around the table for a breakfast of cold meat on bread and a pint white tea from the cauldron resting on the stove.
We made our runs with the horses up and down the trail, their hoves churning the wet path to mud. After lunch we loaded the horses with redundant builders equipment and our own bags and left the hut behind for the three hour hike back down the mountain. The horses didn’t seem to tire and we were soon at the meadow.
Yanis paid me €40 for my day’s work and I bid the pair fairwell, tractor puttering off slowly, Martin and equipment in the horse box, the tethered hoses walking along behind.

Back on my own and with the hard earned cash burning a hole in my pocket I skipped back to my base camp restaurant as if I were a kid with my first wages.
Over a bowl of risotto-esque broth and sausage I sat at the empty restaurant with a big smile, half not quit believing the outcome of the hike, half with relief that my bike was still where I left her.
I rolled back down the lush valley to the campsite for a swim in the river, the lady at reception greeted me with a laugh “You must be the Englishman!”. Turns out the foreman had called down and updated them as to my whereabouts and they happily waved the extra night for the empty tent I’d left behind. I’m really starting to warm to Slovenia and their easy going generous characters.

Still feeling tired from the mountains I wanders into town to get supplies and whiled away most of the day researching the next leg of the ride across Croatia. I signed up to the site workaway.info; a network for volunteering, applying to a few hostels and a boat in Croatia with little expectation of replies.
I finally left town up the same pass I came in on pitching the tent among the trees at the top marking the shortest bike day yet at 14 km but also 970m of climbing in the bank for rolling down tomorrow.

Stopping for a morning coffee at the same friendly Bohinjsko Seldo cafe I flew on down the snaking hills towards the Croatia. The endless climbing had me in a bad sweat so sat in a small rushing river while I ate my first lunch to cool off.

Passed a football ground, the car park full of emergency services vehicles left one wondering how violent Slovenian football gets but the award ceremony at the other end confirmed it as a national inter-department tournament.

Made good progress south and while sat for lunch number two a message appeared from Workaway – A hostel in Slovenia noticed I was in the country and needed a replacement volunteer as soon as possible, ideally for a month. Turns out they were bases in Bled one town over from where I had set off that morning, somewhere I had hoped to visit but now in the opposite direction. I sat on a wall which turned out to literally mark the crossroads for a good rout to either possibility and mulled over the offer, laughing to myself. The detail page looked promising and the hostel right on the banks of lake Bled, enticing but I needed to keep going south. I was struck with indecision, so pulled out a coin to make my mind for me, realizing I would disappointed if it were to deny the offer it did the job without being tossed, so I put in back and turned the bike around to head north again.

The afternoon wound trough high but gentle hills with the occasional small ski chairlifts to remind me of the altitude in the sun.

Finding a spot to camp was a little tough but eventually I followed a fisherman’s path down to the Poljanska river, the far banks looked flat and secluded so I waded the kit across in a few trips, the thigh high current testing me enough to leave me wondering how far it would wash me. The banks marked the end of a small canyon which pooled the water deep and still; no need to get any cloths wet I striped down to natures best and went for much needed swim. The secluded spot leaving me with jumping fish, herons and an azure blue kingfisher for company.
The flat spot was about a meter above the water level and although the weather report gave no cause for concern I didn’t want to pitch the tent, so thought as is my last night outside for a while why not go truly under the stars and forgo the tent in favor of sleeping mat and warm cloths. At 12 degree the night wasn’t too bad but still woke feeling a little cold and keen to get back across the river into the morning to the sun and get moving on the bike.

The ride north followed main roads and passed much quicker than the hills. Bumping into two British riders Dave and Al also bound for Bled, it was nice to chat and share the road again with people. The capital Ljubljana offers cheap flights to much of Europe and seems to be a popular start point for bike tours. We arrived in good time finding a gravel road to cover the last miles to the lake for more swimming. Share a lunch spot on the banks with some Romanian cyclists who give me their maps and offered ideas for cycling Croatia, from where they had just come.

Bled is a kind of alpine wonderland; a high castle topped cliff overlooks the azure blue lake with its church crowned island. It’s a popular destination for both Slovenians and the wider world but keeps a relaxed atmosphere. The hostel sits on the waters edge among an arboretum of tall trees just on the fringe of the town, I find Anja who contacted me out back separating the rubbish relieved to see the arrival of new hands. I’m shown around and introduced to my small new family, my first task is to drink a cold beer and my second to take lazy walk around the lake with fellow volunteer Anne who would also be showing me the ropes. Think I’m gong to like it here at the Villa Viktorija Hostel.

The arrangement is fairly simple; I work for roughly 4 hours in the morning for bed and lunch, but by the first few days it’s clear I’m earning far more in return for my simple tasks, gaining great company, lots of laughs, odd day trips and more beer. The random message out of the blue has left me feeling very fortunate.

Tasks in days that have followed include cleaning the rooms, painting, gardening, servicing the hire bikes and general handyman odd jobs. With the afternoons free to explore, swimming to the island, catching up on books, giving yoga a try and got a much needed haircut. Childhood favorite Queen has become the soundtrack or our work day with hovering homages to Freddie Mercury, who also lends a fitting title to my switch in plans.

Fellow hostel staffer Pia; on route to her studies, gave Anne and I a ride to the seaside town of Portorožo for a day on the beach and chance to walk to Piran, a old fishing town with views back along the coasts of Italy, Slovenia and Croatia all in one delicious bell tower vista. Of note; when reading small text on a large bell check your watch, especially in Slovenia where they chime every 15 minutes, the ringing in my ear lasted far longer than the church probably intended.

Driving home we drop into Ljubljana for an evening walk around the charming capital and good food by the river, the rumbling thunder following us home to Bled.

After the weeks on the bike mostly in solitary its been rejuvenating for both body and soul to trade the daily grind of miles for a more normal and social routine. Its been a chance to explore the heart of a new land and its friendly folk rather than leave it part of a daisy chain of place-names on a bike route. 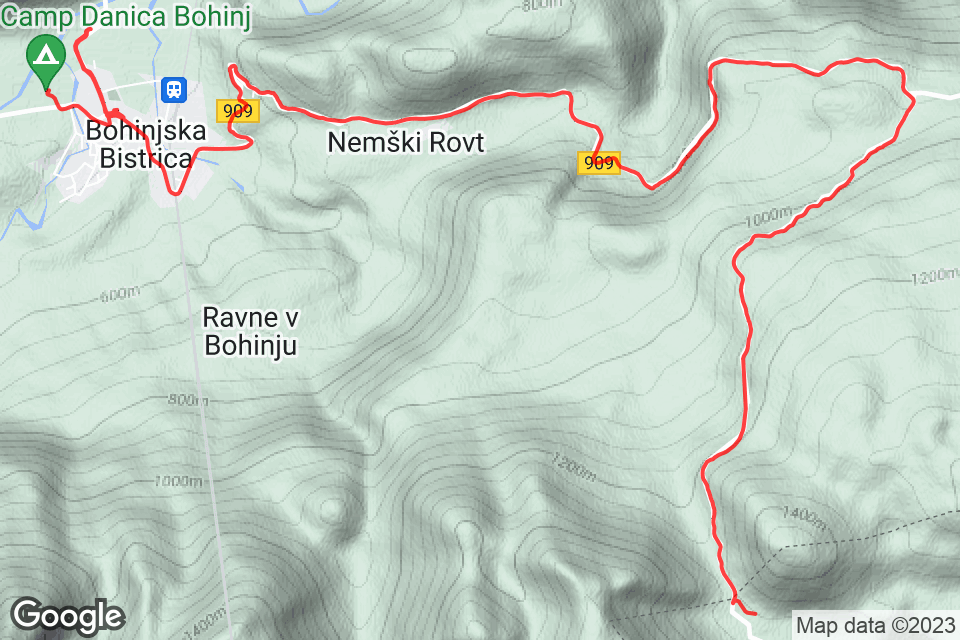 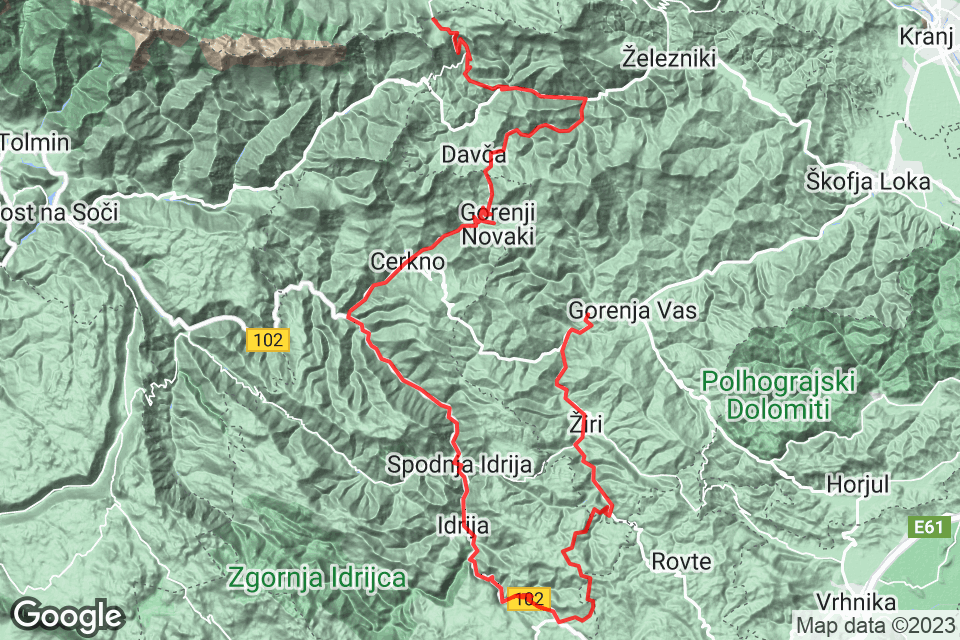 Rode some big hot hills towards Croatia then halfway got an offer to volunteer at a hostel in Bled, so turned back. 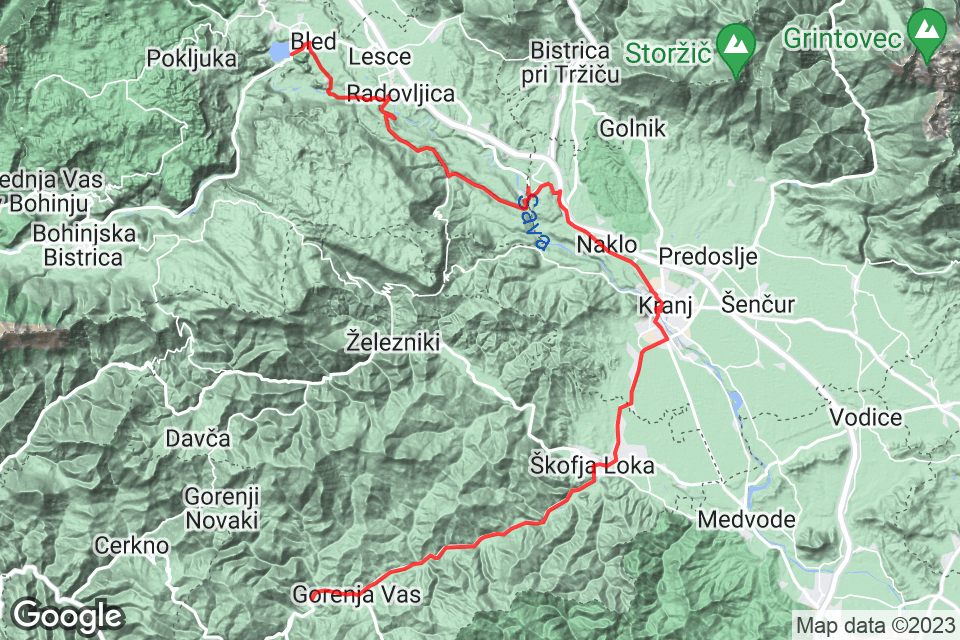