Spent the morning faffing with the website some more and left Dijon midday. A tail wind had me flying along but soon the weather caught up with me and for the next five hours it rained for the first time on the trip. Brought out the jacket and cold weather gloves and motored on. Boots didn’t fair so well and will never smell the same again.

Slept under a roadside shelter drying my wet clothes under my top in the sleeping bag. Tent works well on concrete without pegs.

Next day at the start of a small village the road closed. For the next half mile it was lined with car boot stalls, I picked up a small watch, the only one still ticking from his collection. The busy street fÃªte ended with a marque of farmers and local wine for the tasting, I couldn’t resist.

Hit the first real hills of the trip winding up a 900m col while watching aÂ gendarmerie on motorbikes escort gangs of over enthusiastic super-bike riders back down.

Since the morning my shifter had been missing one or two gears when shifting up, instead jumping down one. Not good when you get to a hill. Thought it may be the rear derailer needing some cleaning but it seemed to get worse over the day. In Huteville Lompnes I stopped at the Serui Nature bike shop, the friendly old boy happily put the bike in the stand to try diagnose the issue. It became clear it was the shifter when the gear change leaver fell off, real bad. The bike came with a SRAM drivetrain, nice stuff but rarely stocked. It was on my “known knows” list of potential problems but an expensive one to sort beforehand on a hunch. Most tourers go for simple Shimano for this very reason or expensive reliable Roloff hubs (I wish).

SRAM and Shimano aren’t compatible and a series of expensive parts would be needed to replace just one of them, I was really struggling with a solution. I joked of the shifters of old, and a spark went of in the mechanics head, he stared to root about the dark corners of stock cupboards and produced an old flat bar mounted indexless shifter as you might see on a 1999 Halfords bike.
“McGuver” he exclaimed and he set about some of the best bodging I’ve seen in my years of working in a bike shop. There was whittling, grinding and duct tape; the hallmarks of workshop ingenuity.
It worked. Only 7 of the 10 gears were now selectable but it worked smoothly.
Even the young colleague who helped grinned “my boss is a master”. Once done and so pleased with his work he took a photo. All within 45 min of me walking in and for â‚¬15. He even offered and refilled my water bottles. A true Saint.

Rolling again I flew down the elevation I’d gained to Lac de Bourget. The shifter feels just like a lawn mower or boat throttle, vertically mounted, you push it forward for “more speed captain”.

I arrived at the campsite on the shore of Lac de Bourget, as the sunset opposite cast the limestone cliffs orange and purple. Made me wish I could paint.

The route around the lake winds up the big hills that shroud it in, and on a Saturday morning proves popular with the local cyclists. A cafe at the top gave huge views over the waters. A big convoy rolled in made up of Beetles, Campers, Mustangs and various odd ball cars.

The road down was full of lovely switchbacks and I was soon reminded of my dirt jump and 4X racing days on the bike. This would be my undoing.
I took each corner leaning right in, the heavy touring bike making it quit stable and smooth.
When racing I used to power out of turns but that was on berm track corners, not flat road ones. On a particularly picturesque hairpin I turned the cranks too early and the pedal grounded out sending me and the bike straight to the tarmac at speed. Luckily I was on the outside lane and just slid the 10 feet or so to the kerb.
A few folk ran over but I was fine, just some good scrapes and bruises on my elbow, hip and knee to remind me not to be such an idiot. The bar bag strew its contents for dramatic effect over the road, but the bike and I were ok. Just felt very stupid and very lucky. The roads here are dotted with shrines to those less fortunate.
Sheepishly I rode on to Chambery and the real Alps.

Arriving 100k later in Ã‰pierre I saw a sign with a list of passes, on it “Mont Cenis: Ferme”. Damn.
Although one was open “Croix de Fer: Overt” namesake of my Genesis bike.
The pass is the only rideable route to Italy without a few days backtracking or hitching via the main road tunnel. Felt a bit stuck so got a beer for a think, the couple next to me immediately struck up a conversation; They lived up the road and said the pass was closed because of two inches of snow two days before and that it may be worth checking with the local Police.
I rode on up the long valley anyway meeting some German tourers, turns out they had made the pass the day before and dispite being cold had gone through along with some locals. With this in mind I thought lets give it a try, otherwise we can hitch a lift.

Woke early ready for the big climb up Col de Mont Cenis. The road to the pass led past huge hilltop forts and eventually met the foot of the main climb. Starting officially at about 1400m it’s 10km of 8% switchbacks to the spectacular Lac du Mont Cenis at 2090m.
The road had a barrier up stating closed but as I approached a roadÂ workerÂ happily waved me through. Turns out it was fine, the had just had the last few days off rather than clear the snow and fallen branches, so I carried on dodging the odd broken tree.

The climb went well, not nearly as cold as expected, the pass surrounded snowy peaks and churning waterfall. The top was marked by a charming little cafÃ© bar and I was soon being shown old photos and books of the pass’s history. It was hard to think this was once the only gateway to the rest of Europe for many. The enthusiastic lady behind the bar regaled it’s many stories with passion. Napoleon marched through here leaving his trademark pyramid. An Englishman built the first train line over it in the 18th century to much celebration. Legend has it Hannibal came through with his war elephants and in many ways it was the start of the ancient Silk Road. I could have sat there all day reading.

Stephan, a rider I had met on the climb came into join the history discussion and chocolat chaud.
He was on route to Genoa same as I so we decided to join forces. We cheered the international border and dropped down the smooth road to Italy, finally coming to a halt in the hot sunny town of Suse.

We rolled toward Turin skirting to its south in favour of better wild camping spots and after a few attempts found an old dried lake bed to call home for the night.

We woke early and set off across the flat farmlands south of Turin towards Alba where coffee and beer was had.

Stephan has traveled many parts of the world and it was a privilege to share the road and camp stove with him. Previously a keen walker and skydiving instructor he suffered a broken back paragliding the year before, so had switched to the bike for travel and still worked the winters as a first aid responder on the pistesÂ of Val Thorens.
He taught me a lot about eating better on the road, both his front panniers were full of food and spices. He ate a veggie, gluten & lactose free diet, often eating a head of lettuce & salad dressing for lunch, but God he was strong and we feasted while wild camping.

Leaving Alba we opted to avoid the bigger road and headed up into some mountains just as the heavens opened. We slung on the water proofs in a hazelnut grove then slogged into the headwind and what turned out to be a 700m climb.

At the top as the rain cleared we wandered into a sleepy fort courtyard perched on the cliff. We collapsed on the bench to refuel and spread out kit out to dry in the sun. The door next to me opened and nutshells were slung out at us followed immediately but an apology, Rita wasn’t expecting company. With a tiny form and glowing eyes she was easily in her nineties but Italian spirit does not grow old. She fetched a bowl of hazel nuts to share, compleat with nut cracker builders hammer. Soon a table and chairs appeared and a local speciality hazelnut
tart in brown paper. Turns out she bakes them for the market. This may have been the finest food my mouth has ever known. Stephan and her talked in Italian for a while before beingÂ shown the cafÃ© across the yard; althoughÂ shut she insisted and three espressosÂ poured.

Well filled and with the tiny village of Arguello forever in our hearts we waved arrivederci!Â to Rita the Saint who lived in the fort.

Camped by a churning river. Just as we cooked the rain came down again to remind it was still around.

Taking it easy we made it over quiet hill roads towards the Med. While topping up water a man stopped on his road bike, baffled by our kit he bought us espresso and small cakes. With a wave he flew off again, a pit stop speed random act of kindness.

Savona is a pretty industrial coastal city and would prove hard to find a place to camp, so we wandered slowly along the sea front checking out potential spots. The boardwalk has many beach bars andÂ cafÃ©Â but most aren’t open for the season yet. Finding suitable one we dozed on the benches above for a while. Joey a rider from the U.S. came by and we got talking. As the boardwalk quietened the three of us snuck down to the bar. We ate at the tables on the beach hidden from view and watched the sunset, the huge beach all to ourselves. It almost felt homely as we shared stories and a bottle of beer.

Sleeping amongst the tables we left early just as the thunder rolled in off the sea and the rain hit again.

Week two go me to the Mediterranean which was a big goal on the map, but was almost forgotten amongst the great people I met. Riding with company was really good for me and will definitely make an effort to meet other riders along the way. 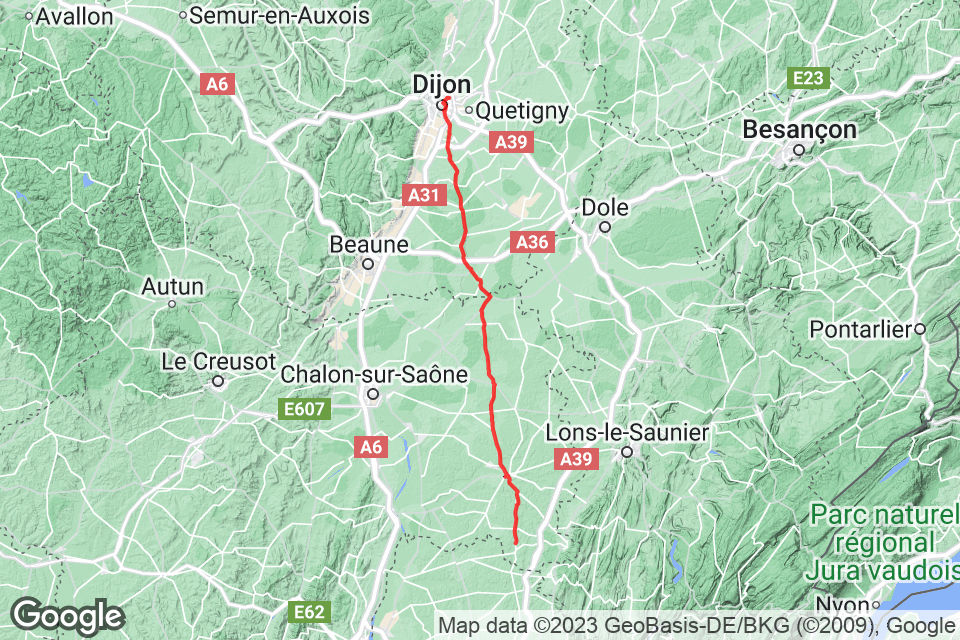 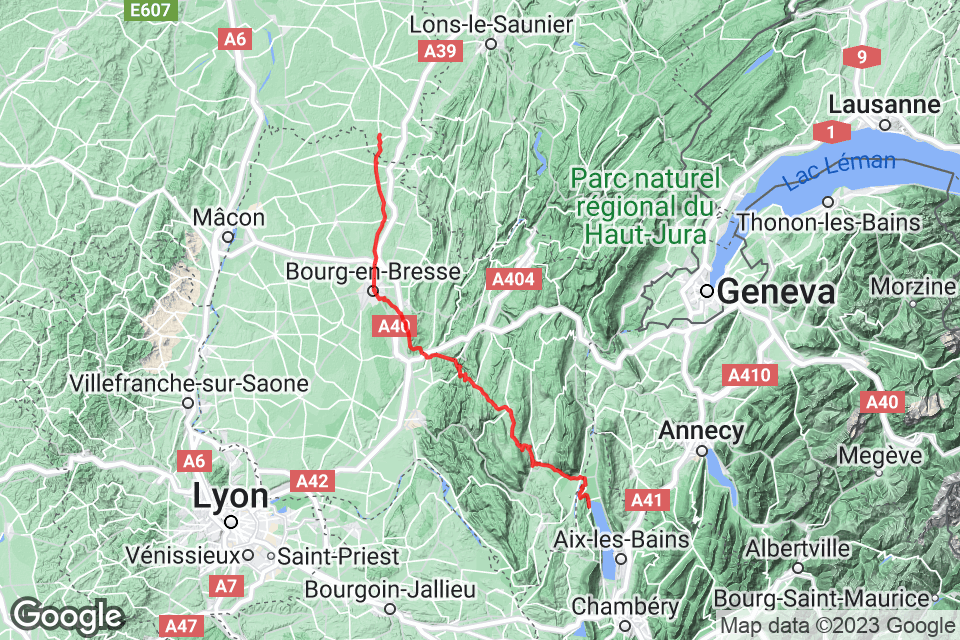 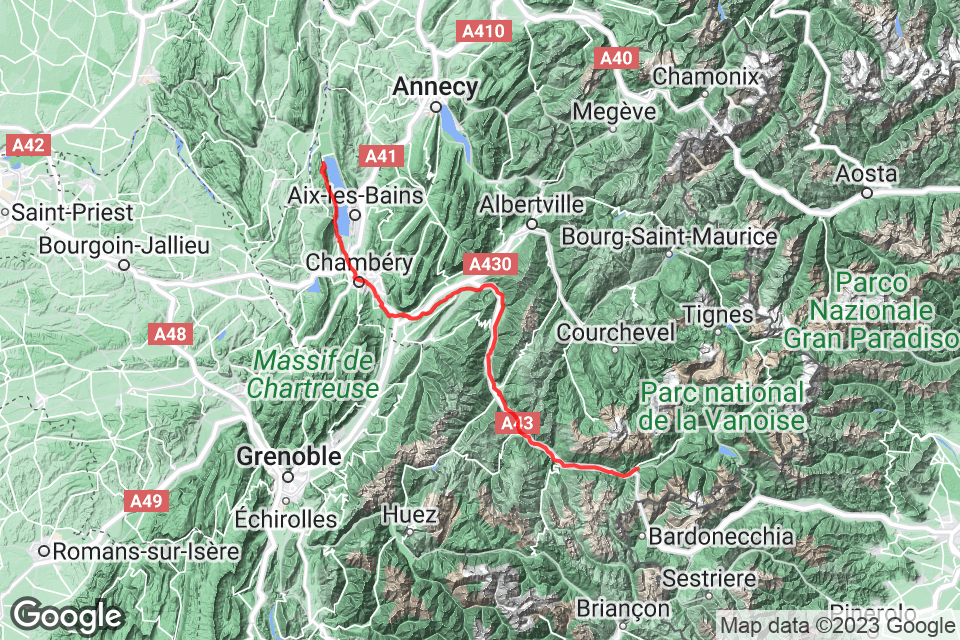 Good crash on a picturesque corner over Lac de Bourget 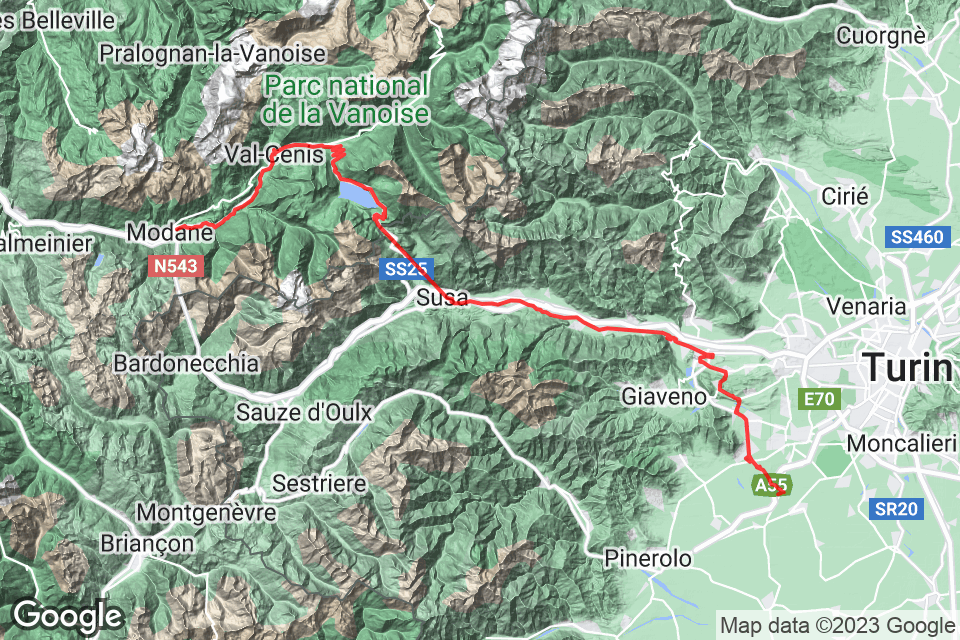 Pass was closed but went up anyway on a few peoples advice, was beautiful. Highly recommend the little cafe at the top of the Col. Dropped into warm Italy. 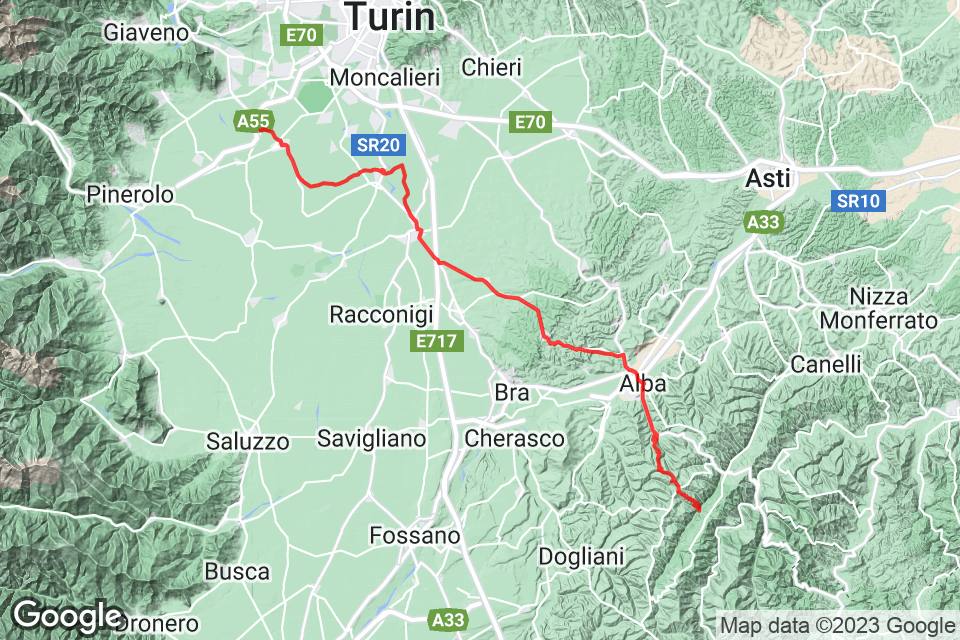 Chose to get off the big road, ended up doing a 700m climb in thunderous rain but met a true saint at the top who gave us tart and coffee. 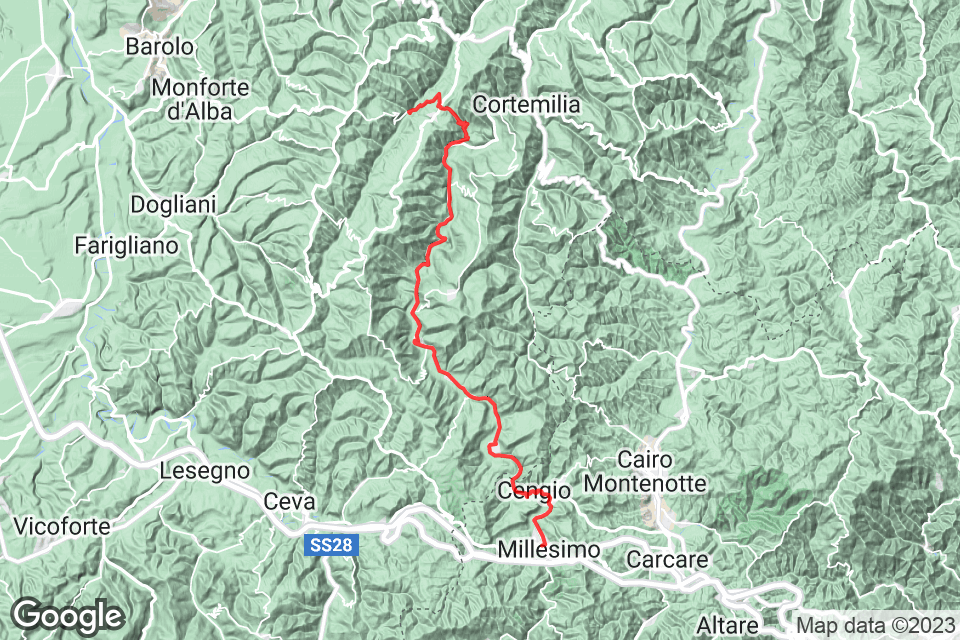 Garmin was a prick again and stopped recording halfway.
Lost the half of the ride down to the sea.

Day 7 will part of next weeks ðŸ˜‰