It been a weird but wonderful week leading up to leaving day, with heartfelt well wishing and preparation anxiety, but eventually May 7th arrived – so I went to the polls to vote and then on to the adventure.

Leaving is hard. I have quit my job of 3 years at a great company with good folk, packed up the flat and drank plenty of goodbye pints with friends and family. I’m going to miss it all. The idea has been in the dreaming for years, planning for months and as the hour approach I was feeling nauseous and fretting about the house. Johnny put my mind at ease with “your just riding to Paris” and a smile, bite sized goals are what I need. Hugging the gang goodbye I was close to welling up but made it out the door.

Aron met me downstairs for the ride from Brighton to Newhaven, we set off with the sunset on our backs. He and Jen have just moved back from Berlin so was good to catch up as we rode the hour to the ferry and talked over a beer. I had hoped they might join for some of the trip, but they had an exciting chapter in their lives coming up and I’m a little sad not to be around for it.

Queuing up with the other cyclists we boarded the midnight Newhaven Ferry. The trick is to find a sleeping spot quick and try and get some kip, it’s only 4 hours and lands you in Dieppe at 5am. If you have a roll matt or airbed you can sling it amongst the restaurant tables like some of the truckers, way better than sleeping in the chairs.

The first 40km or so once out of Dieppe are along the beautiful Avenue Verte. At 5:30am it’s just you and the dawn chorus with misty fields winding along an old railway line. It’s well signposted all the way to Paris the official routes split half way but the Donald Hirsch route is more direct and dose a great job of avoiding big roads, guiding you along the Seine and through the forests of Paris.

I camped in some woods about two thirds of the way. The hour of sleep on the ferry and lack of pre-trip training made me sluggish on the road, but I’m not racing.

A few times over the week my Garmin has decided to turn off mid ride or simply offer the choices “discard” or “save,” neither of which you want to see. It seems when you stop charging it thinks “dinner’s finished, let’s kill the ride and go for a cheeky nap.” So no more charging via the dynamo, just the battery pack and watch that it doesn’t run it dry.

Paris is always a treat because that where Tillie & Joe live, the cheeriest and most sharing of hosts. Despite the decorators decorating in full swing it was a home from home for two days, a little extravagant for a rest stop at this point but fine by me. We ate at various tasty places and enjoyed what appeared as some of the first hot spring days. Half of Paris was out on the Sunday along the Stalingrad canal banks, we managed to squeeze in amongst the pros for a few games of Boule with beers, making do with a suncream cap as our jack.

Paris also gave me a chance to swap my more road-specific spare tyre onto the front and gift a book to Tillie, part-gesture and part weight-saving as it’s now on the Kindle.
After some route planning and jotting down a few spots from “Wild Swimming in France” it was Monday and time to wave an emotional bon voyage.

Pressed on south through Paris then followed the Seine down to near Melun to camp in a patch of buttercups well off into the woods.

Many French town squares have drinking water fountains but another place you can go when thirsty are the cemeteries. They always have a tap for watering the flowers, and I can fill up there. In the spirit of things I also do a round with the watering can in return.

The next morning on the road I met Odette Vinchon out on the bike to meet her daughter, we chatted in our alternate languages for some time as we followed the river. She had returned from backpacking in Thailand and Myanmar with her daughter, who, like her sons, was blind. Myanmar which had only started to open up in the last 6 months sounded fascinating. As did her son’s tandem which he had built up for racing.

She offered to meet for lunch but I missed some directions (sorry) and ended up pressing on to Auxerre where I slept at a familiar camp-sight.

Another day running along some of France’s old highway of canals; flat, fast and through winding gentle hills. Stopped of for an afternoon beer and Wifi in the medieval Semur-en-Auxois, complete with a castle overhanging a gorge.

I wild-camped off the road through some woods on the edge of a field, overlooking a wide green valley. Just as I was about to pitch the tent a tractor with a plough appeared across the field. I lay low and for the next hour quietly cooked as I played a game of hide and seek in my head while the driver turned the adjacent field, unwitting of the illegal camper. As the sun left so did he and I got some sleep.

A creak had been developing in my drive-side bottom bracket, and there were signs of some bad looking weather, so thought it best to make the half day ride to Dijon and a hostel.

I wandered around Dijon and found that four of the bike shops were shut, but didn’t mind as it’s a lovely city to roam around. The fifth shop was Velo Station; they were open and happy to take a look. It would seem the bottom bracket may be on the way out but rideable for some time yet. I carry a spare but the shop didn’t have the tool needed to remove the old one, but no worries. They recommend a sister shop in Grenoble which I may be passing and even pumped up my tyres while I wasn’t looking. Fine folk.

The hostel was clean and simple and gave me some time to get this here website working. It may be the internet’s revenge on me for leaving it at my old job but it seemed to throw an impressive set of spanners at me for setting up a simple site, some thing I’ve done many times but eventually it was alive.

The hostel chanced me with more good people. In my room I met a friendly guy from Tibet who crossed the country by bike in his youth (another dream of mine) then settled in France; he’s now testing potential travel trip ideas all over Europe which sounds alright to me.

I had planned on crossing into Switzerland but the weather to the south suited me better, so tomorrow we aim towards the French Alps.

Thank you sister Suki Ferguson for casting you editorial eye over it.

For only a week on a bike it seems to have been busy enough. I’m going to try to do a post once a week covering the week before but not sure how frequent is practical. 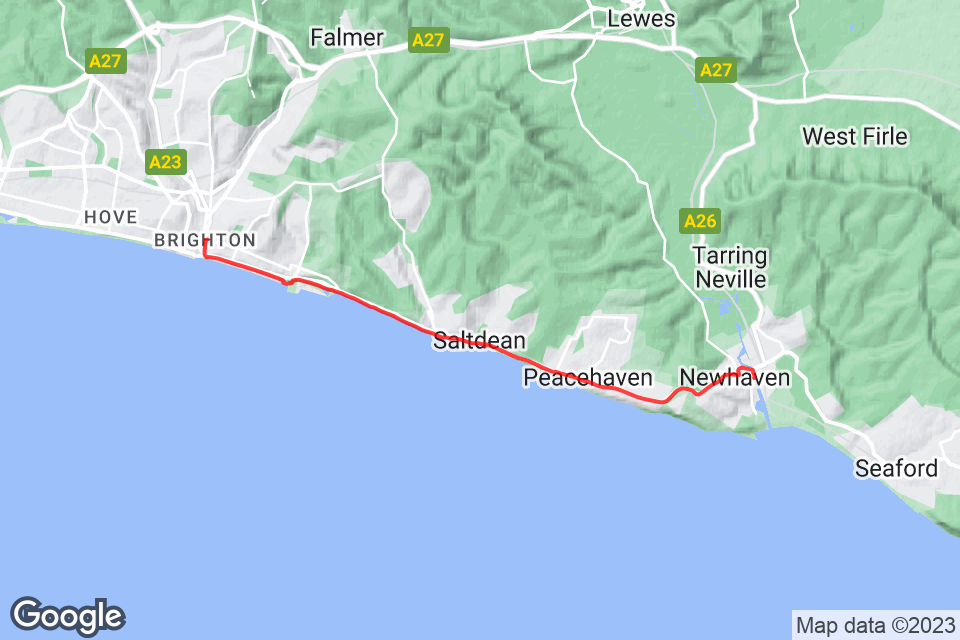 Day 0. Thank you so much  Aron for riding with me to the late night ferry, much appreciated, setting of was a little nerve racking. 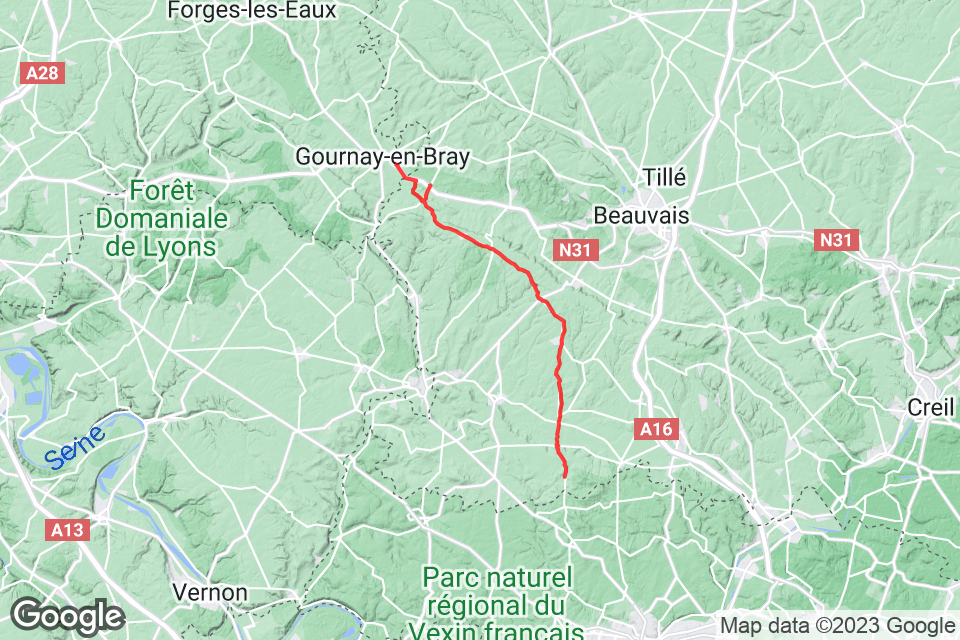 Day 1: I would like to thank Garmin for deleting the first half of this ride from Dieppe, 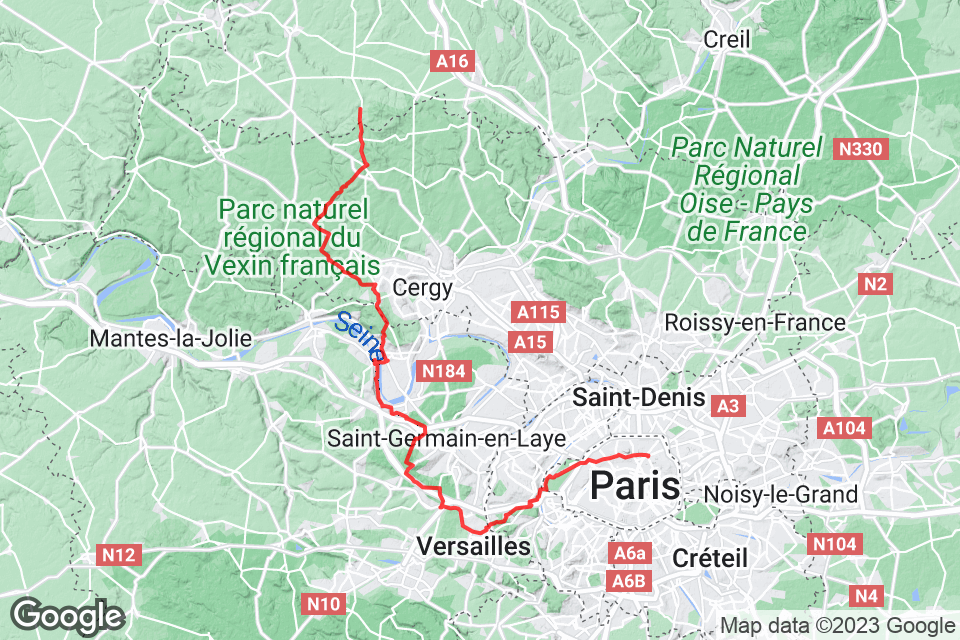 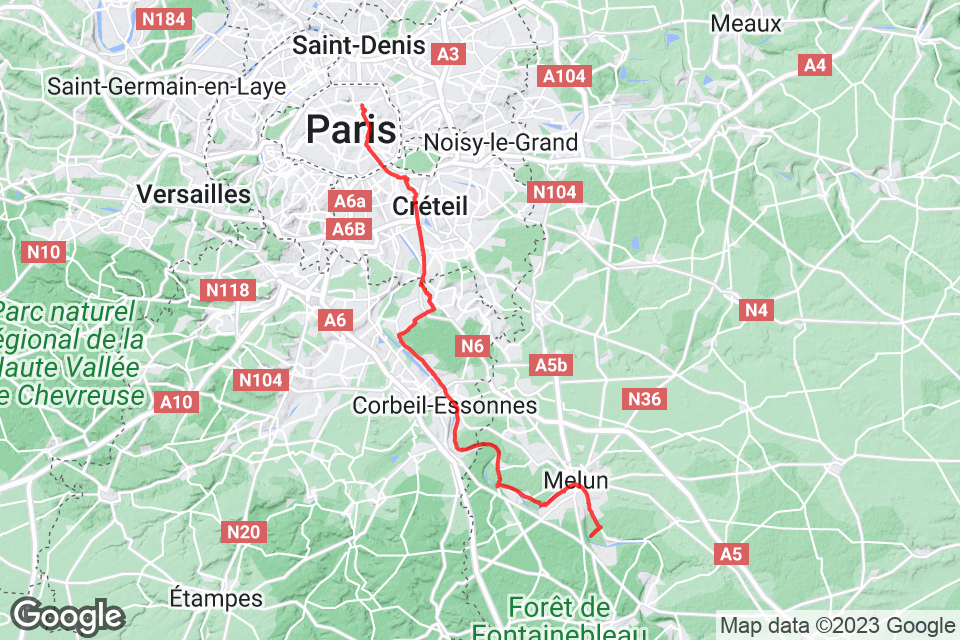 Day 4 after rest day in Paris with Tillie & Joe 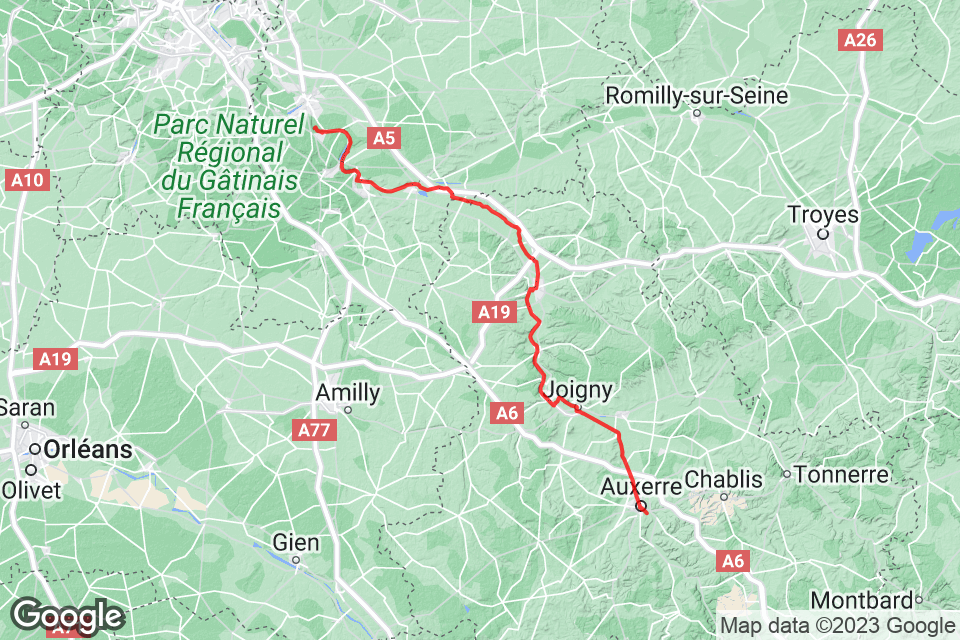 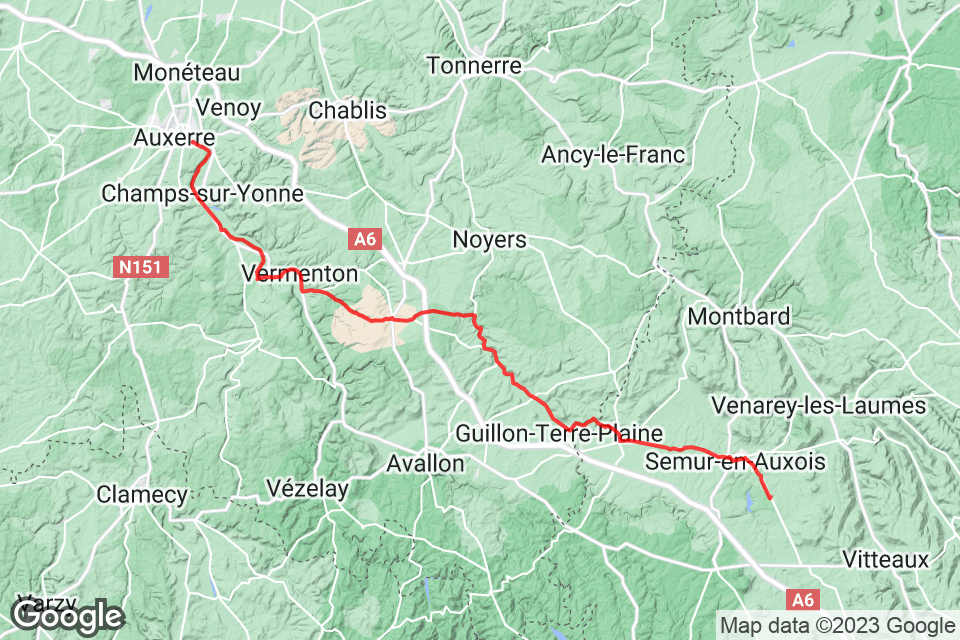 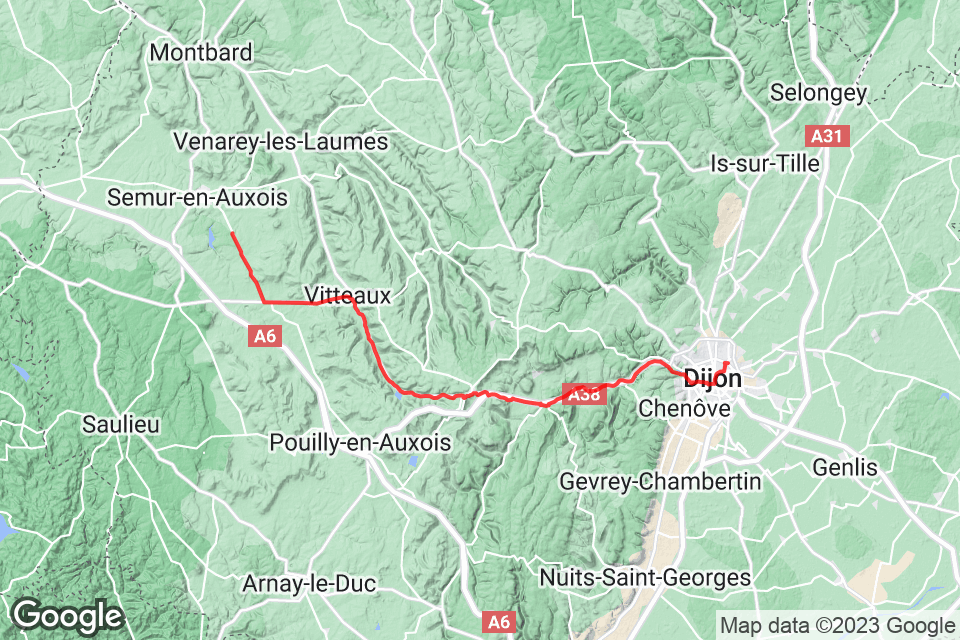 Some nice canals around Dijon to avoid all the big roads.