Skirting Lake Ohrid brings the Albania – Macedonia border, I have no idea what to expect of the quiet landlocked country. Straight into the Galičica National Park over a long mountain pass to Lake Perspa, the air thick with all sorts of butterflies. At a viewpoint I’m given some lunch by Peter, an Austrian who’s done his own fair share of touring and is now driving with two French hick hikers. Gazing at the TV while I refuel in the petrol station I laugh as the shot pans back to reveal I’m watching Time Team, thick Dorset accents and English meadows. Next is an advert for Wartime Farm which romanticized beast powered farming and simple living, it looks a little awkward in a Macedonian context as a laden mule pass outside.

It looks sure to rain so I pitch the tent among ruined farm buildings but all it does is bake me through he night.
At 6:00 am the mutter of conversation from the field next door has me striking camp with stealth but the workers in field don’t raise their headed from the backbreaking picking of tobacco. A helpful elderly goat herder climbs up an embankment to offer directions.

A long gentle downhill has 100 km covered before lunch but also adds a broken phone charging cable to the fun. Two large towns and all their phone shops later I’m still left with a dud phone. I failed to pack a spare, lesson learnt. Warm soul Lazar a fruit stand owner sees me sat waiting for another tech shop to open, he invites me over to his stoop and we chat and watch the afternoon pass, he keeps passing me fruit and gives me a shampoo bottle of homemade Raki for later. Wedding cars pulls up next to us horns blaring; groom, family and a small band form a procession to fetch the bride from her home and return in full party swing. Horns blaring they push into the traffic and are off just as quick to the church ceremony. Lazar speaks impressive English, turns out he learnt working in the kitchens of the NATO troops during the Serbian conflict twenty years ago, for six months he listened to the Irish staff and picked it up, a remarkable feat of learning. I can’t help but be inspired to make learning a language my next personal goal.

The shop finally opens and I resupply all my various cables with spears and grab the last phone cable they have. Apple is maybe not the smartest choice.

Finally back in the road I make my way up into the hills to a charming spring and picnic table off the road, it’s a perfect secluded camping spot and after a wash in the spring clothes don’t seem necessary so they remain in the bag for the evening.

The next day takes me past silted up reservoirs and brings me just shy of the Bulgarian border.

The border passes with a few pokes of my bags and a grunt, then a long decent to the main road north towards Sofia. I had noticed on the map an airstrip but was a little surprised to find the road itself became the runway, spreading 6 lanes wide on a flat stretch as far as the eye could see, though it seems to be retired now from its secondary function.

On a remote road gazing at the distant hills my front wheel slams into a pothole, the bike rapidly comes to a stop immobilized with no shade in the high noon sun. The offending holes are found, patched and tyre pumped but the patch blows off. Three similar failed attempts later and I go for the spare tube, it’s maddening and I can only laugh to myself. The heat is too much for the patches which is a worrying prospect given the road ahead.

The headwind winds ally with the failed patches in a war against my moral but by the time I arrive at the mountain resort of Borovets I climbed plenty of altitude which is at least something. Inquiring about camping the local laughs, he takes me to a homely chalet at the foot of the trail where for £7 I get proper room with shower and a welcoming beer, it’s a great nights sleep.

Sat in the center of the National Park Rial is Bulgaria’s highest mountain Mt Musala and it turns out also the Balkan’s at 2926m. Not sure how many day it will take I pack up the bike and and kit, the kind chalet owner lets me leave it with her. With a bodged together backpack packed I set off with the dawn chorus for the top.

Is a fairly simple hike, the first half is a gravel road following the river up to some chairlifts where it then switches to a boggy path to the Musala Hut where basic snacks and accommodation are available. The last quarter runs through old bolder fields and is a fairly easy going, no scree, no via ferrata. Considering town was fairly busy it’s spooky to only pass one other hiker on the whole assent. The top has some great clear views but it’s far more Peak District than Alpine. The decent goes smoothly till my stomach started to bubble, the last half is a race against my gut as some bad water makes itself felt. Returning to the chalet a bit pale I book in again the hostess medicating me with mint tea.

The high class comforts of a bed make for a great lie in before heading out.

Bulgaria’s highway 8 is the old artery which joins the Balkans to Turkey. Relived by the motorway it’s a fast direct road east to the trade nexus of Istanbul and I’m not alone in my cycling endeavor.

I look pretty alien on my bike, but even I’m baffled by a time trial bike whipping past me. I shovel cola in the fire and just about catch the rocket. A Spot tracker on the back of his bike suggested this someone far from home, then it clicks, it’s August; I’m chasing one of the rarest and wildest breads of cyclist on the planet: A Trans Continental racer.
The Trans Continental is a truly special race, a nightmare realised buy long distance cycling master Mike Hall, this year starting in Flanders, Belgium passing though 4 tortuous checkpoints like Mt Ventoux and crossing the line in Istanbul. Once the clock starts your racing, when you sleep, when you eat, when you crap, you’re racing. The route is up to you and you are completely unsupported. Top ten riders average 450km a day with a few hours sleep, battling trucks, stray dogs and Bosnian minefields day and night.

It make the Tour De France riders look like a bunch of pampered poodles, supported on immaculate roads, the dangers here are very real. Roughly 200 entered the 2015 edition, about half of the field have scratched already, maybe 20 make it in time for the finishing party and all look utterly broken, the road to Constantinople is littered with burnt sanity.
We chat for a minute or two then get back on pace, I dig deep just to draft him, staring hypnotically into his rear wheel. We pull over at a petrol station for fuel and a preciously short rest.
Josh Ibbett has already won the race crossing the line 9 days and 10.5 hours after leaving Belgium; an incredible achievement, but Irishman Ultan Coyle is chasing hard in 3rd place. He’s fast, the fasted in the field but he’s taken more sleep that the two ahead. We trade stories of the road across Europe and the madness of patches blowing off in the heat. I ask what training he’s done and he says a few 24hr time trials last year. He’s a little modest, he’s the 2012 UK 24-hour TT Champion and a designer at Rapha to boot. 2 ice-creams, 1 burke, 1 sandwich, 1 pint of juice, 1 bottle of yogurt and 2 packets of Haribo each and within 10 minutes we rejoin the road.

Kit wise he has next to nothing on his bike, think of a 4000km road trip in a F1 car with a glove compartment for a jacket, wallet and passport finely crafted from carbon fiber.

I do everything I can to stay at his 34kph pace but I have packed the kitchen sink and it feels a bit like drowning just drafting him. After about 2 hours my inner Scotty is calling up “We can ne hold trans continental drive captain, she’s breaking up”, I shake his hand and wish him God Speed to The Bosphorus, drop off the back and watch him fly off into the distance.
Note to Mike Hall: I in no way supported Ultan on his ride (if anything I probably caused him to snack a little longer at the station than usual, so sorry Ultan).

A side track takes me away from the busy road for a quite sleeping spot by a small airfield, fittingly swallows dart in and out of the eves of the abandoned flight club house. A man comes to say hello, I share some whiskey, he doesn’t mind my staying and I’m left to the bright red sunset over fields of sun flowers. 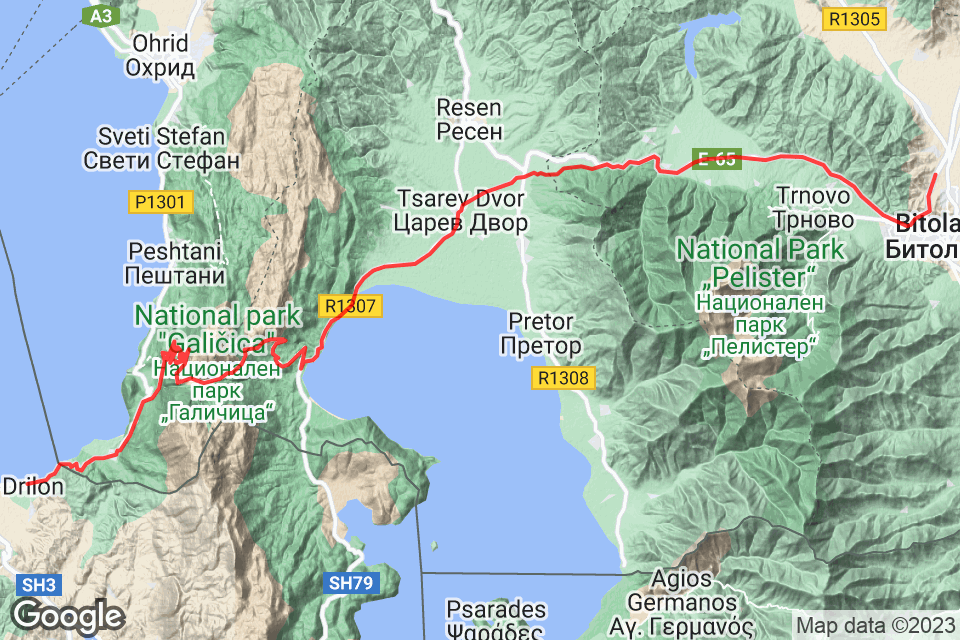 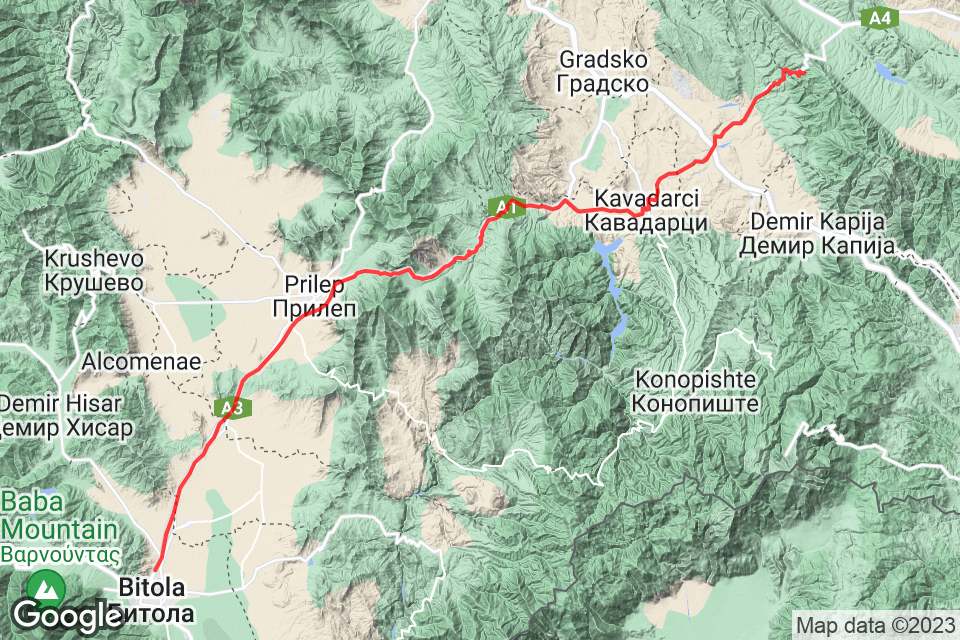 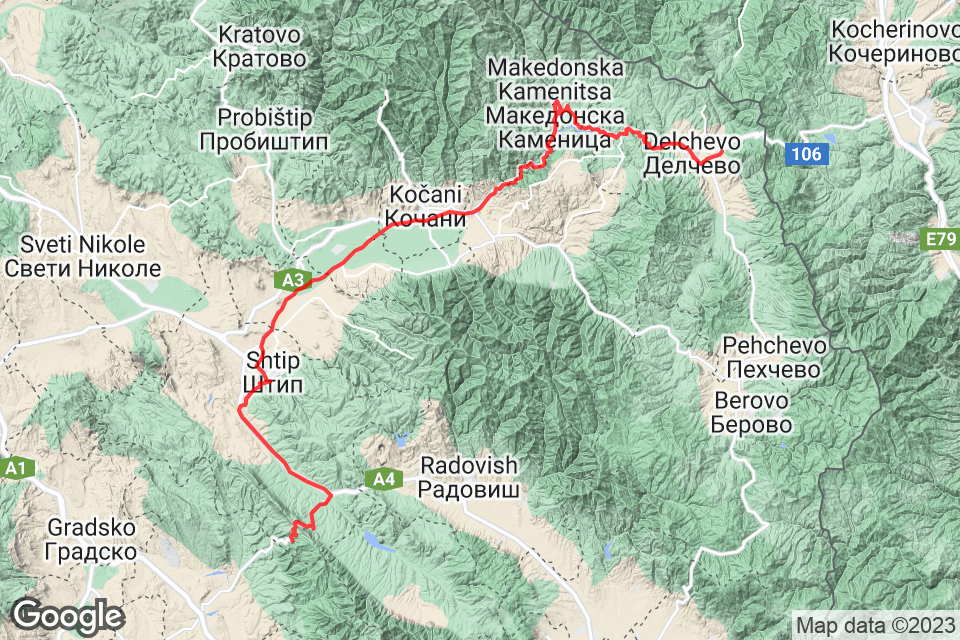 Slept by perfect spring just off road in the hills 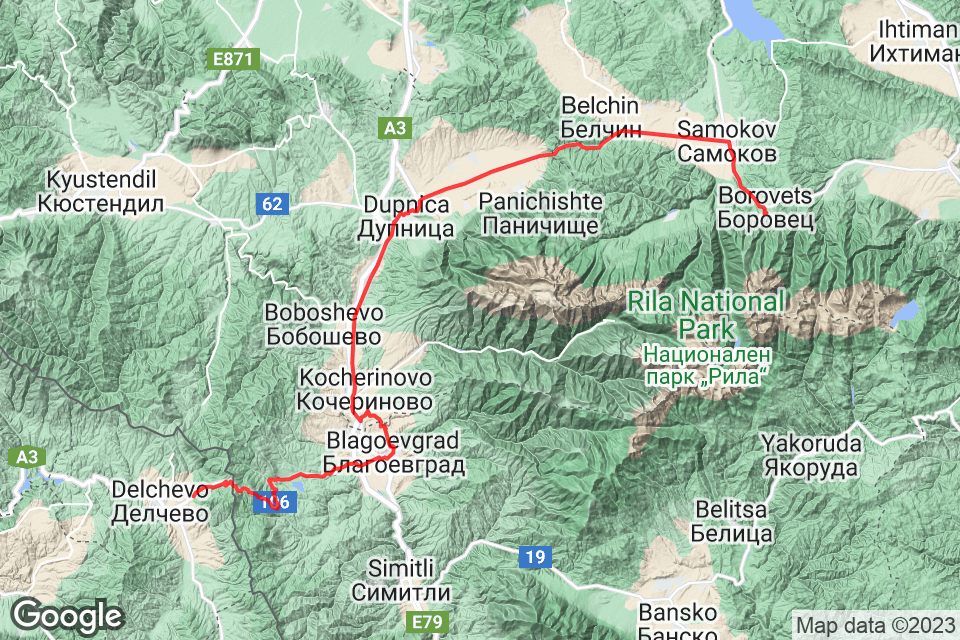 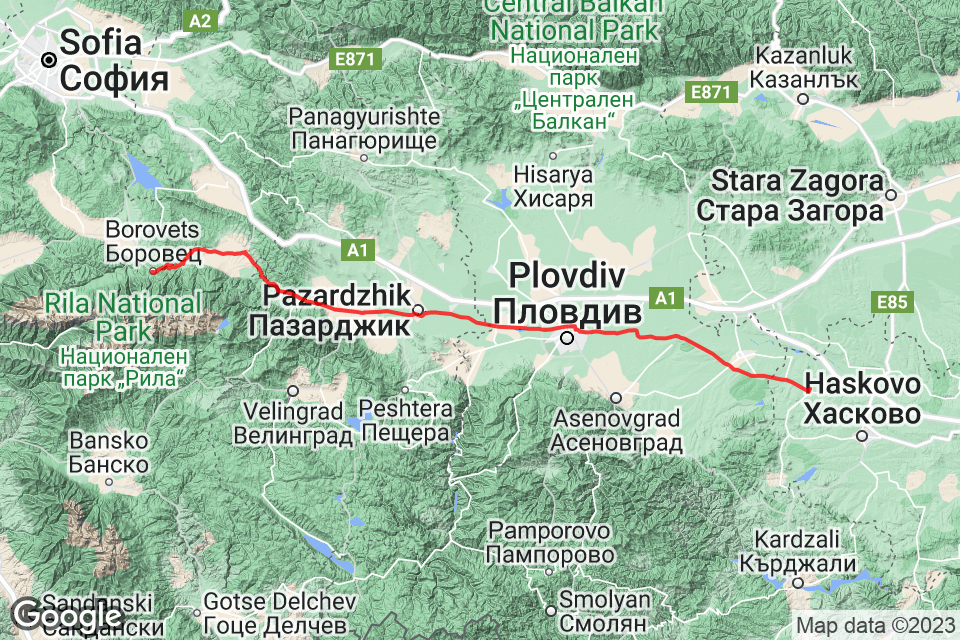